Herberton Community Website
Australian Hotel
44 Grace Street Herberton 4887
Est. 16/9/1881
Built by John Collins the first publican. The hotel had a two story structure at the rear at one time.
Mary O’Sullivan had the longest tenure for 19 years from 1950 to 1969.
The Tinaroo Store operated by John Collins occupied the driveway to the right of the hotel. The store also was a café and a gents hairdressers. The driveway on the other side was a small shop which was  the jewellers shop operated by Airey & Berkley and also a newsagency and dress shop.
During WW2 when thousands of soldiers were stationed on the Tablelands Percy Mazlin licencee at the time remembered “When the soldiers used to come in as we opened twice daily as there was only one keg and two kegs at the Royal Hotel next door. There used to be a mob lined up outside and I fixed a rope onto the tower bolt and at 5 o’clock I used to pull the lock to open the door and the mob behind some would be nearly knocked over the counter.”
The Australian Hotel is today the second oldest continuously licenced premises on the Tablelands. 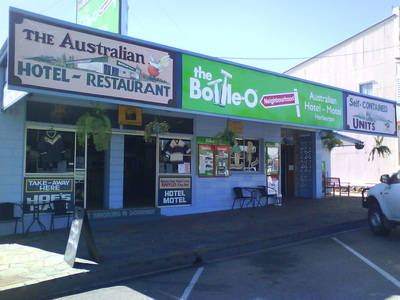 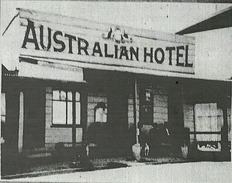 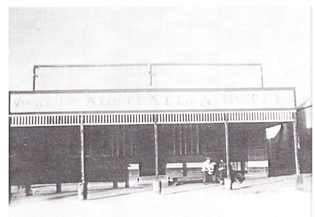